Only available at CarMax Laurel, MD

If your current gas-guzzler has you shopping for a hybrid vehicle, you've come to the right place. CarMax has a large selection of used hybrid models for you to choose from, ranging from classic hybrids like the Toyota Prius hatchback to plug-in hybrids like the sleek Chevrolet Volt. You can even find hybrid SUVs and crossovers, like the Toyota Pathfinder Hybrid, if you need extra cargo space and utility.

No matter where your travels may take you, the right hybrid can help you spend more time enjoying the open road and less time stopped at the pump. Meanwhile, these fuel savings don't have to mean skimping on creature comforts—as many of today's hybrid models are equipped with features like automatic climate control, rearview cameras, touchscreen infotainment systems, and more.

Q: What is the difference between the Toyota Prius and the Prius V?

A: Both the Prius and Prius V are hybrid hatchbacks offered by Toyota; they feature the same engine configuration, but the Prius V is larger overall and thus offers more cargo space. For example, the 2017 Toyota Prius has 24.6 cu. ft. of cargo space with rear seats intact. By comparison, the 2017 Prius V boasts a full 34.3 cu. ft. behind its rear row.

Q: How many people can the 2014 Nissan Pathfinder Hybrid seat?

A: The three-row 2014 Nissan Pathfinder Hybrid can seat up to seven passengers.

Q: Does the 2018 Lincoln MKZ Hybrid have leather upholstery?

A: Yes, leather upholstery is standard on the 2018 Lincoln MKZ Hybrid.

1EPA-estimated 53-mile range based on 106 MPGe combined estimate (electric); additional EPA-estimated 367-mile extended range based on 42 mpg combined estimate (gas). Range figures are based on EPA estimates for when vehicle sold as new and assume a full battery charge and full tank of gas (if applicable). Range will vary based on things like battery age, vehicle condition and history, driving and charging habits, accessory use, and driving conditions. Battery capacity may decrease with time and use. See fueleconomy.gov for more info.

2Fuel economy figures are based on EPA estimates for when vehicle sold as new. Fuel economy may vary for reasons like driving conditions and vehicle history. Unless specified, figures are for vehicles equipped with an automatic transmission. See fueleconomy.gov.

Spend even a few minutes researching hybrid vehicles and you'll see that you have plenty of options—and you're not limited to sedans, either. If you need more space and utility, check out a hybrid SUV like the Nissan Pathfinder Hybrid. Or, feast your eyes on a sporty model like the Honda CR-Z. And if you're craving sophisticated features with fuel-saving benefits, the luxurious Lincoln MKZ Hybrid is a must-see.

Regardless of what you're looking for, we think this list of popular hybrid models will get your search off on the right foot. 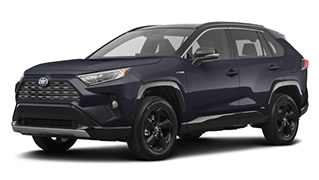 Wed, Apr 22, 2020
If you're looking for an SUV that looks good and has AWD as standard, consider the 2020 Toyota RAV4 Hybrid. A fresh face paired with a hybrid power train, the RAV4 Hybrid is prepped to tackle almost any challenge. To learn more, check out this 2020 Toyota RAV4 review.
Read More 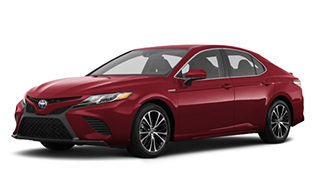 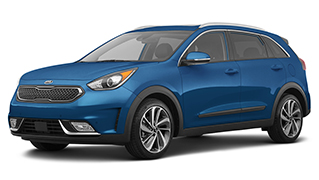 Fri, May 10, 2019
From plenty of cargo space to plenty of style, there's a lot to like about the Kia Niro. To learn more about this hybrid SUV, be sure to check out our Kia Niro review for photos, key specs, and features.
Read More