On hold at CarMax Dulles, VA

When it comes to practical and versatile vehicles, the sedan is a long-standing favorite—and for good reason. Not only are sedans easy to handle and maneuver around tight curves, but they come in a wide range of sizes and styles to suit even the most discerning driver's tastes. From compact, fuel-sipping sedans to full-size luxury models, the right sedan is a joy to drive.

Considering a sedan for your next vehicle? Explore used models at CarMax. With plenty of well-appointed options to choose from, your next car may be just a few clicks away.

Q: Was the Ford Focus discontinued?

A: Yes, the Ford Focus was discontinued in the United States market as of the 2020 model year.

Q: How much trunk space does the 2017 Toyota Camry have?

A: Fuel economy will vary based on engine configuration and other factors. The 2018 Accord base LX trim with turbocharged 1.5L four-cylinder engine and continuously variable transmission (CVT) gets an EPA-estimated 33 mpg combined.1 However, 2018 Accord Sport, EX-L, and Touring models equipped with the turbocharged 2.0L four-cylinder engine and 10-speed automatic transmission get an EPA-estimated 27 mpg combined.1

A: Yes; every 2016 CT6 is equipped with available OnStar® functionality, which (when activated) includes an available Wi-Fi hotspot.2

A: The 2015 A8 comes standard with a supercharged 3.0L V6 engine. However, some trim levels are equipped with other engine configurations. For example, the TDI performance-oriented trim receives a turbocharged 3.0L diesel V6 engine, and 4.0T models are outfitted with a turbocharged 4.0L V8. Meanwhile, the top-tier W12 trim is even more powerfully appointed with a 6.3L 12-cylinder engine.

Take a look at our list of popular sedan models below to kick-start your search. From practical models like the Toyota Camry and Nissan Versa to luxury sedans like the Cadillac CT6 and Audi A8, you can find the car that's right for you. 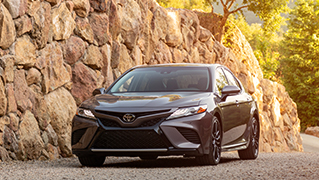 The 2018 Toyota Camry: Everything You Need to Know

The 2018 Toyota Camry: Everything You Need to Know

Tue, Jul 21, 2020
The Toyota Camry was completely redesigned in 2018, getting a suite of new features on the inside, new looks on the outside, and two new available engines. Edmunds goes into all the details, covering what's changed, what the Camry has to offer, and which rivals give it the stiffest competition.
Read More 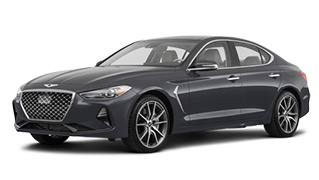 Mon, Nov 04, 2019
Are you looking for an upscale luxury sedan? The Genesis G70 is your gateway to premium performance and high-end inclusions. You can explore photos, key features, specs, and more in this 2019 Genesis G70 review.
Read More 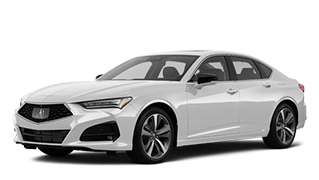 Tue, Nov 24, 2020
The newly redesigned 2021 Acura TLX has loads of standard features as well as a variety of optional extras that make it a great choice for your next vehicle. Explore the key features, specs and photos of this luxury sedan in our 2021 Acura TLX review.
Read More