About the Dodge Avenger

Although the Dodge Avenger was discontinued following the release of the 2014 model, the Dodge Avenger remains a sought-after vehicle in the used car market. This well-rounded midsize sedan offers smooth and responsive handling, a potent V6 engine option, and a spacious, comfortable cabin. All these factors have combined to earn the Avenger quite a following and a degree of popularity that has continued even after the end of the Avenger's production run. If you are looking for a great midsize sedan, a used Dodge Avenger from CarMax is an excellent option to consider.

Q: Why did Dodge discontinue the Dodge Avenger?

Q: How much horsepower does a Dodge Avenger have?

Q: Is the Dodge Avenger considered a sports car?

It is comfortable to ride in and drive, it has great gas mileage but yet it has a lot of get up and go

This car isn't really reliable. I am at 83k miles, and I'm running into all sorts of issues. Broken shifter cable, alternator problems, air conditioner has a musty smell, and now the tranny/engine are having some serious issues. I really don't care about anything in a car except reliability so I would NOT recommend this vehicle.

AWESOME CAR AT ANY PRICE!!!

Very nice looking car. Smooth ride and very comfortable. Heated Leather seats are awesome. Has some pick up and can go 450 to 500 miles on a full tank of gas. 18.5 gallon tank comes in handy on long trips. 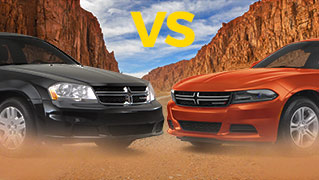