Only available at CarMax Midlothian, VA

Enamored by the classic styling of a convertible? Enjoy feeling the wind blow through your hair as you cruise the open road? If so, then maybe it's time to treat yourself to one of these adventurous rides. Whether you're looking for a sporty two-seat roadster or something with a little more space to accommodate your family, there are options out there for you.

A convertible also offers plenty of versatility, as most soft- and hard-top convertible roofs can be raised or lowered with the push of a button. And if you're a taller driver, you'll be sure to enjoy the limitless headroom that a top-down convertible has to offer. From sporty models like the Chevrolet Corvette and Ford Mustang to luxury convertibles like the BMW Z4 and Mercedes-Benz SL-Class, there are many contenders to choose from.

A: Yes, the Volkswagen Beetle (including the convertible model) was discontinued following the 2019 model year.

Q: Is the BMW Z4 convertible a luxury car?

A: Yes, the BMW Z4 is a two-seat luxury roadster.

Q: What kind of engine does the 2017 Corvette convertible have?

A: Engine size varies based on trim; the base Stingray receives a 6.2L V8 engine, whereas Z06 models are outfitted with a supercharged version of the same V8.

Q: What kind of fuel economy does the 2016 Ford Mustang convertible get?

A: Fuel economy will depend on engine configuration and other factors. The 2016 Mustang EcoBoost convertible with a turbocharged 2.3L four-cylinder engine and six-speed automatic transmission gets an EPA-estimated 23 mpg combined.1 Meanwhile, 2016 Mustang convertible models with the 5.0L V8 engine and six-speed automatic transmission get an EPA-estimated 18 mpg combined.1

Q: How much cargo space does the 2017 Mini Cooper convertible offer?

Convertibles come in all shapes, sizes, and capacities. Craving a sporty model with looks to boot? Take a look at the Fiat 124 Spider or Mazda MX-5 Miata. If you prefer something quirky and fun, you can't go wrong with the bubbly Mini Cooper convertible. And if you have a taste for luxury, don't overlook the BMW Z4 or Mercedes SL-Class. No matter what your tastes, there's a little something for everyone on our list of popular convertible models. 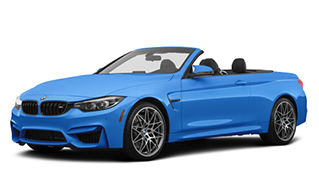 Wed, May 12, 2021
Choosing a convertible can make your journey feel special. With plenty of models available, you can be assured of practicality, too. Find a favorite with our updated list of the 10 best convertible cars for 2021 shoppers, based on CarMax sales data from October 1, 2020 through March 31, 2021.
Read More