On hold at CarMax Gaithersburg, MD

Only available at CarMax Laurel, MD

Only available at CarMax Harrisonburg, VA

About The Toyota Highlander

1Based on CarMax average prices between August 1, 2018 through January 31, 2019. Actual prices may vary based on your selected model year, features and trim packages. Prices do not include tax, title, tags, and any applicable fees.

Unless otherwise noted, information relating to these featured vehicles comes from third-party sources, including manufacturer information. Product and company names may be trademarks™ or registered® trademarks of third-party entities. Use of them does not imply any affiliation with or endorsement by these entities

The 2013 Toyota Highlander marked the final release of the model’s second generation. The model comes with four-cylinder, V6 or hybrid engine options, and is available in six trims. All versions of the 2013 Toyota Highlander for sale offer three rows of seats, have over 94 cubic feet of cargo room and are outfitted with Toyota’s suite of driver-assist features.

This model year comes in six trims, including:

In 2014, Toyota debuted the third generation of the Toyota Highlander. The update brought a sporty exterior look, increased seating capacity and newer technologies to the model. All 2014-2016 Toyota Highlanders fall within this generation and come in four trims.

The Highlander is a great car. I used to drive a 4Runner, which I absolutely loved for its ruggedness and safety. I now have two children and wanted a car that would have the extra space for carpooling, which is why I chose the Highlander instead of the 4Runner. The backseat is roomy for two, and the middle seat folding down to make captain's chairs is a nice feature. It's easy to drive in the mountains and in the snow. My only complaints are that the third row of seating is a bit cramped for adults, and when it's in use, there is very little trunk space. Also, the fuel economy is terrible, but hey, it's an SUV.

Nicest car I have ever owned

Although this car was 5 years old when I purchased it, it had less than 30,000 miles and looked and drove like brand new. It is by far the nicest car I have ever owned; some people have their Cadillacs or Mercedes, I have my Toyota. It's a good thing it has cruise control because it rides so smooth down the highway you can hit 90 without realizing it. I had it in for an oil change and the guys in the shop told me you can't go wrong with a Highlander. It is really quiet, smooth riding, and actually gets great gas mileage for a vehicle its size (around 24 MPG city/freeway). The second row seats are incredibly roomy even for a full grown adult. The quality interior looks classy and has no annoying rattles or squeaks.

The more I drive it, the better I like it.

Pros: Agile, reliable, comfortable, and even nice to look at. The engine provides effortless, silent power on demand, and the AWD system helps keep that power connected to the road surface. All of the controls are intuitive and easy to use. Cons: Like all SUVs, working around the restricted visibility to the sides takes a bit of learning. Setting your side mirrors properly is therefore extremely important. 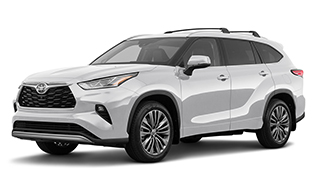 Thu, Nov 19, 2020
The Toyota Highlander is a powerful three-row SUV overflowing with cargo and passenger space, making it a practical option for a range of driving needs. Take a look at this 2021 Toyota Highlander review to learn more about this model's trims, specs, and key features to see if it's right for you.
Read More 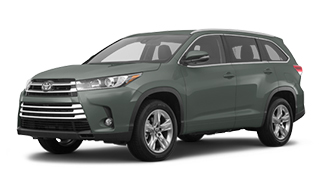 Wed, Feb 05, 2020
The Toyota Highlander is a stylish SUV that's great for hauling a full complement of passengers and taking you on your next adventure. Explore key specs, features, and more in this 2020 Toyota Highlander review.
Read More