About the Toyota Corolla

Q: Does the Toyota Corolla have GPS navigation?

Q: Does the Toyota Corolla come with Toyota Entune?

A: Entune™ Audio can be found on LE and higher trims of the 2015 Toyota Corolla and is a standard feature for the 2016-2019 Toyota Corolla.

Q: What mpg does a Toyota Corolla get?

A: The 2018 Toyota Corolla gets an EPA estimated 32 mpg combined city/highway when equipped with a 1.8L four-cylinder engine and an automatic transmission1.

Q: What engine options are available in the Toyota Corolla? 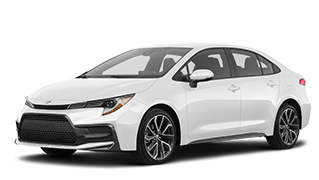 Thu, Feb 04, 2021
The 2021 Toyota Corolla is a small sedan with a whole lot to offer. A comfortable ride and plenty of driver convenience features make the Corolla ideal for day-to-day driving. Read our 2021 Toyota Corolla review to learn more about this fun to drive compact sedan.
Read More 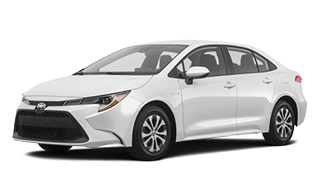 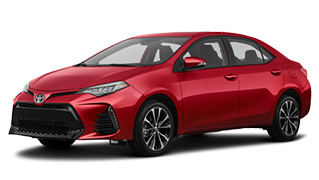 Mon, Feb 03, 2020
The 2020 Toyota Corolla is available as a sedan or hatchback. Both models were redesigned and boast plenty of standard tech and driver-assist features. Take a look at this 2020 Toyota Corolla review to learn more about this great car for families and commuters alike.
Read More