In 2017, Genesis became its own brand, and the vehicle itself was renamed the G80. Genesis continues to make the G80 luxury sedan, with its 2018 model year boasting such features as a standard 3.8L V6 engine at 311 hp, keyless entry/ignition, smartphone integration, and an eight-inch touchscreen interface. And it looks like the Genesis brand won't stop at luxury sedans; it has been announced that they'll be branching off into the luxury SUV category in 2020 and beyond.

Q: Who makes the Genesis?

A: All vehicles under the Genesis brand are manufactured by Hyundai, though Genesis itself has branched off as its own premium brand as of 2017.

Q: Is the Genesis being discontinued?

A: No, the Genesis has not been discontinued. Rather, it has spun off to become its own brand; Genesis is now the name of the luxury car brand, while the Genesis vehicle itself has been renamed the G80. This rebranding has led to some confusion as to whether the vehicle was being discontinued, but Genesis has announced no plans to discontinue the G80 anytime soon.

Q: Is the Genesis a luxury brand?

A: Yes, the Genesis is branded as a line of luxury vehicles. As of October 2019, the G80 luxury sedan is the only Genesis vehicle on the market. However, the brand has announced plans to release additional models in the next couple of years.

Q: Does Genesis make an SUV?

A: Genesis has announced that they will release their first luxury SUV, the Genesis GV80, in 2020. Meanwhile, a compact Genesis SUV known as the GV70 is expected to be released in 2021.

Make sure your transmission works correctly.

This vehicle had and still has a bad transmission in it since I brought it. It’s still in the shop, A total of 4& 1/2 weeks since I purchased it. Unfortunately I couldn’t return it because I was getting a left foot accelerator installed. As soon as I get it back I’m taking it back.

This a a wonderful car. It has all the features you need and more. The car actually thinks for you. Has sensors for all sides and the steering wheel vibrates when it not safe to change lanes. I love the automatic dimmer and it the first carI owned that takes a curve and you don't have to lean wit it. Its sporty and luxurious all in one. This is a must have!!!

Great car with a few concerns

Cons: need snow tires, these are an absolute must. When you purchase a car from CarMax be sure to take it first to a dealership to have it inspected. CarMax informed me that they had conducted an inspection but when I decided to take it to a Hyundai Dealership I was informed that there were many issues that needed to be addressed but due to the vehicle still under factory warranty there was no cost to me. 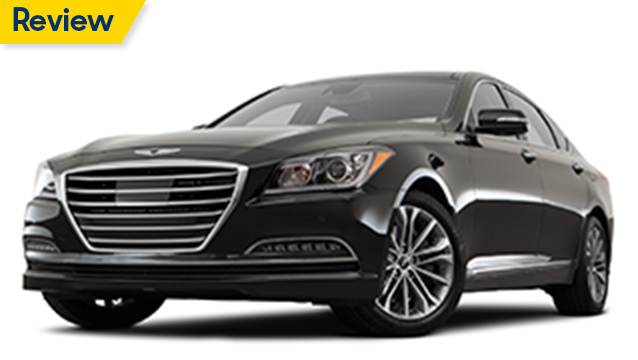 Mon, Apr 19, 2021
If you're looking for a luxury car that checks all the boxes when it comes to amenities, space, and technology, take a look at the 2017 Genesis G80. In this 2017 Genesis G80 review, you'll learn more about this sedan's standard features and high-end interior.
Read More 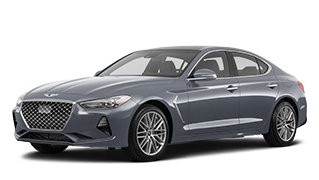 Wed, Mar 10, 2021
The 2021 Genesis G70 combines a turbocharged powertrain with elegant styling inside and sleek lines outside. It fits easily into urban and suburban life with versatility. Our 2021 Genesis G70 review will give you all the information you need to learn about this sporty sedan.
Read More